Recent trials have shown that timely and successful recanalization through mechanical thrombectomy (MT) can rescue at-risk tissue and reverse clinical impairment after acute large-artery-occlusion (LVO) in the anterior circulation (1-6). Nevertheless, the final prognosis depends on many factors besides recanalization of the primary occlusive arterial lesion. Collateral integrity and clot extent are important determinants of clinical and radiologic outcomes and have been used as predictors of recovery. Good collaterals increase probability of successful recanalization and decrease risk of hemorrhagic transformation following MT (7,8); meanwhile, high clot burden suggests proximal occlusion, more severe clinical deficits, and a less favorable 3-month clinical outcome (9). Thus, acute and fast evaluation of collateral score (CS) and clot burden score (CBS) before MT can help guide treatment decisions and predict outcomes. In most studies to date, CBS and CS evaluation studies have been conducted based on conventional CT angioplasty (CTA) techniques, including three-dimensional volume rendering (VR) and full-slab maximum intensity projection (FS-MIP) reconstructions (8,10). However, as some authors have pointed out, thin-slab MIP (TS-MIP) for CTA, in this technique, MIP images at a small section thickness are acquired to improve both noise and coplanar effects. It also affords the option to interactively scroll through datasets on a picture archiving and communication system (PACS) workstation (11,12). Thus, TS-MIP might be superior to conventional CTA for evaluation of CS and CBS because it can better define the complex vascular anatomy, and allow the visualization of small intraparenchymal branches.

In this study, we aimed to compare the predictive values of CS and CBS evaluated on TS-MIP of CTA to versus conventional CTA for clinical outcomes in patients with acute LVO stroke in the anterior circulation.

The study was conducted in accordance with the Declaration of Helsinki (as revised in 2013), and was approved by the ethics committee of Shanghai Sixth People’s Hospital. Individual consent for this retrospective analysis was waived. The study sample was selected from among 241 consecutive patients with acute LVO stroke who were admitted to our center between August 2015 and June 2020. Patients were eligible for inclusion in this study if: (I) they had unilateral LVO in the internal carotid artery (ICA) or middle carotid artery (MCA; M1 or proximal M2) as determined using head CTA performed on admission, and (II) they had been treated with MT. The exclusion criteria were as follows: MT not performed (13 patients), a poor CTA image quality unsuitable for further analysis (10 patients), and stroke due to LVO in the posterior circulation (31 patients). Functional outcomes were assessed using the modified Rankin scale (mRS) scores at 90 days after MT. A mRS score of 0–2 was defined as a good clinical outcome, while mRS >2 indicated a poor outcome.

CTA was performed on a 64-MDCT scanner (Brilliance 64; Philips Healthcare; Best, the Netherlands) with the following parameters: tube voltage, 120 kV; tube current, 435 mA; and rotation speed, 0.75 s. An IV contrast agent (120 mL of Ultravist, Bayer Vital GmbH; iodine concentration, 300 mg/mL) was administered at a flow rate of 4 mL/s. Scanning was started when the CT attenuation in the ascending aorta was 120 HU. CTA images were reconstructed at a thickness of 0.67 mm. VR and conventional MIP post-processing were performed on a multimodality workstation (Philips Medical Systems, Philips Healthcare, Best, The Netherlands) for each patient. For TS-MIP construction, the acquired 0.67-mm axial-slice CTA images were transferred to a dedicated workstation (SyngoXWP; Siemens Healthcare, Erlangen, Germany), and loaded into the InSpace section at the workstation; the DSA Layout application was used to reconstruct coronal MIP images with 10-mm slice thickness.

Two neuroradiologists (Y.Q.Z. and J.G.Z., 12 and 22 years of experience in interventional neuroradiology, respectively) who were blinded to the clinical data independently estimated the CBS and CS on conventional CTA and TS-MIP, separately. If there was a disagreement between the two readers, a decision was reached by consensus. Collaterals were graded using the system described by Miteff et al. (13), as grade 1 (or poor), i.e., reconstitution of only distal superficial MCA branches; grade 2 (or moderate), i.e., reconstitution of some MCA branches in the sylvian fissure; or grade 3 (or good), i.e., reconstitution of major MCA branches distal to the occlusion. The CBS, which defines the extent of the thrombus in the proximal anterior circulation by location, is scored on a scale of 0–10 (9), with 0 implying complete multisegment vessel occlusion and 10 implying absence of clot. During scoring, 2 points each are subtracted for the thrombus in the supraclinoid ICAs, proximal half of the MCA trunk, and distal half of the MCA trunk, and 1 point each is subtracted for the thrombus in the infraclinoid ICA and anterior cerebral artery (ACA) and M2 branches. The thrombus may be partially or completely occlusive.

Continuous variables were summarized as means ± standard deviation or as medians [with interquartile range (IQR)], depending on the normality of distribution. The Student t-test was used for normally distributed data, while the Mann–Whitney U test was used for data that were not normally distributed. The χ2 test was applied for categorical variables. Clinical characteristics, risk factors, imaging features, and clinical outcomes were compared. Receiver operating characteristic (ROC) curve and multivariate logistic regression analyses were performed for the CBS and CS to predict clinical outcomes. The area under the curve (AUC), sensitivity, specificity, positive predictive value (PPV), and negative predictive value (NPV) were calculated, and thresholds were determined. The kappa statistic was used to assess inter-reader agreement in evaluation of CBS and CS on TS-MIP and conventional CTA; agreement was graded as poor (κ ≤0.20) fair (κ = 0.21–0.40), moderate (κ = 0.41–0.60), good (κ = 0.61–0.80), or very good (κ = 0.81–1.0). Statistical analyses were performed using SPSS version 20.0 (IBM Corp., Armonk, NY, USA). Statistical significance was set at P<0.05.

Baseline data of all patients 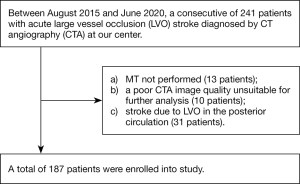 Figure 1 Flow diagram of the protocol for inclusion of patients in the study.

CBS and CS associated with outcomes 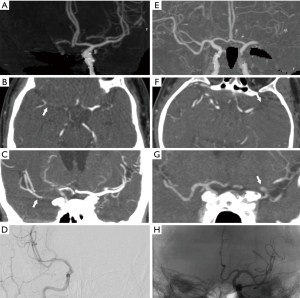 Figure 3 Illustrative case of clot burden score (CBS) based on CT angiography (CTA). (A) On the basis of conventional CTA, a CBS of 6 was assigned to a patient with left MCA-LVO; (B) however, on the basis of TS-MIP, a CBS of 8 was assigned; (C) DSA shows that the left MCA was recanalized, and the patient had a 90-day mRS score of 0.

To our knowledge, this is the first study to demonstrate the value and application of TS-MIP of CTA for evaluating CS and CBS in patients with acute LVO stroke. The study showed that CS and CBS estimated on TS-MIP were more closely associated with outcome than CS and CBS estimated on conventional CTA. Further, for prediction of clinical outcome, TS-MIP-based CS had greater predictive value and higher sensitivity than conventional CTA-based CS.

Collateral supply is very important in the disease development of cerebral ischemia in acute stroke, as it is associated with clinical outcome, infarct volume, hemorrhage transformation risk, and recanalization rates (14). However, it is difficult to quantify collateral supply due to its diminutive and complex routes. As we all know, CTA can be used to screen acute ischemic stroke for determining the occlusion site (15), and it can also provide a simple and reproducible assessment method for collateral supply evaluation to confirm the association between collateral supply and clinical outcome. Up to now, several CTA-based collateral grading systems have been proposed for patients with acute LVO strokes, including the ASITN/SIR, ASPECTS, Christoforidis and Miteff collateral grading systems (13,16-18), however, there is no consensus on which one is the best. We chose the Miteff et al. grading system in this study because it can reliably identify both favorable and poor outcomes in thrombolyzed acute anterior circulation ischemic stroke, whereas the other grading systems can only predict poor outcomes (19).

MIP images are multiplanar slab images in which only the highest attenuation value of the data in a volume of interest is used to generate a single two-dimensional image and projects for better delineation of the regional anatomy and a better understanding of the disease process (20). Moreover, the sliding thin slab method can offer better results with MIP images since it acquires less contiguous slabs than conventional MIP to improve the conspicuity of small areas of interest (11,12). Therefore, we used TS-MIP images to visualize small intraparenchymal branches for evaluation of collateral vessels in this study and found that both TS-MIP based CS and CBS showed higher correlation coefficients than those based on conventional CTA (0.356 vs. 0.320 and 0.444 vs. 0.356) for the correlation with good clinical outcomes, indicating that TS-MIP was more reliable than conventional CTA in evaluating CS and CBS. Additionally, in comparison with CS based on CTA, CS based on TS-MIP showed a larger AUC for good clinical outcomes (0.709 vs. 0.609, P=0.004) with higher sensitivity (69.1% vs. 42.0%, P<0.001), although no significant difference was observed between CBS based on TS-MIP and CBS based on CTA. Multivariable logistic regression analysis revealed that CS based on TS-MIP, not CS based on CTA, was associated with good clinical outcomes. These findings highlight the value of the TS-MIP technique for CS and CBS evaluation.

Some limitations of this study must be acknowledged. First, the correlation of CS and CBS and radiologic outcomes were not evaluated, such as ischemic core and ischemic penumbra, since related software was not available at our institution during this period, and it needs to be further studied. Second, as a retrospective study, there is inevitably the potential for selection and information bias; further randomized controlled trials are needed to exclude these biases. Third, this is a study with small sample size at a single center; additional multicenter clinical experience with a larger number of patients will be needed to confirm the value TS-MIP for evaluation CS and CBS.

The TS-MIP technique appears to be superior to conventional CTA techniques for evaluation of CS and CBS in patients with stroke due to LVO in the anterior circulation. TS-MIP-based CS evaluation may help predict clinical outcome in patients with acute stroke. Whether it could facilitate the choice of route treatment remains to be determined by meta-analyses of existing trials and prospective registries performed in this field.

Conflicts of Interest: All authors have completed the ICMJE uniform disclosure form (available at https://dx.doi.org/10.21037/qims-21-170). The authors have no conflict of interests to declare.

Ethical Statement: The authors are accountable for all aspects of the work in ensuring that questions related to the accuracy or integrity of any part of the work are appropriately investigated and resolved. The study was conducted in accordance with the Declaration of Helsinki (as revised in 2013), and was approved by the ethics committee of Shanghai Sixth People’s Hospital. Individual consent for this retrospective analysis was waived.