We report the case of a 21-year-old Hungarian genetically identical monozygotic female pair of twins who were involved in Motion Analysis of the heart and Great vessels bY three-dimensionAl (3D) speckle tRacking echocardiography in Twins (MAGYAR-Twin) study. Small joints of the first-born twin (twin A) were affected by early onset seronegative juvenile idiopathic arthritis (JIA) at the age of 10 years (1,2). She was treated later for bronchial asthma and nodular goiter with hypothyroidism with substitution therapy from the age of 13 years. The second-born twin (twin B) was diagnosed with similar symptoms of JIA at the age of 13 years together with thyreoiditis. In twin A, 3D speckle-tracking echocardiography revealed normal left ventricular (LV) strains: segmental peak radial, circumferential, longitudinal, 3D and area strains proved to be 31.3%±17.1%, −29.1%±5.8%, −18.2%±4.9%, 31.2%±15.6%, −42.4%±7.5%, respectively. In twin B, similar strains could be detected: 29.4%±6.0%, −25.2%±6.4%, −14.0%±8.5%, 28.0%±7.2%, −37.2%±8.5%, respectively (3). The normally clockwise oriented basal LV rotation was normal in magnitude in both cases (−3.46 degree in twin A and −3.99 degree in twin B) and its peak proved to be significantly delayed and postsystolic (see white arrows; MSV, minimum systolic volume) (Figure 1) (4). A significant delay and reduction in mainly counterclockwise directed apical LV rotation could also be demonstrated in both twins (1.80 degree in twin A and 2.27 degree in twin B) suggesting diminished and ineffective LV twist (see yellow arrows). In the presented twins, similarly deteriorated LV apical rotations could be detected with preserved strains, similar quantitative features of wall motions. The real mechanism behind the findings is not known, but could be explained by the chronic inflammation, however, other reasons could not be excluded. 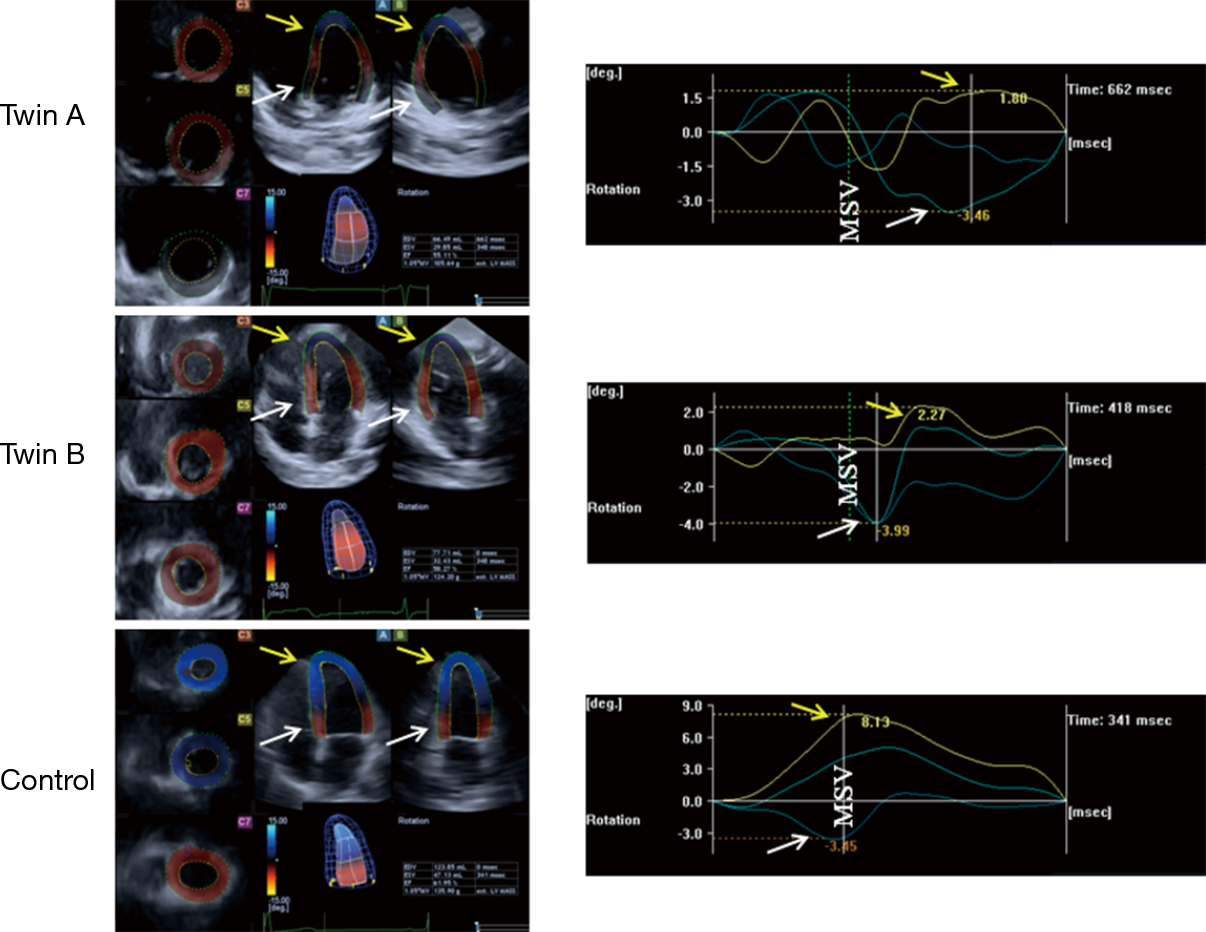 Figure 1 Apical four- and two-chamber views and three short-axis views, three-dimensional cast of the left ventricle and volumetric data of twins A and B and that of a control subject are presented together with their left ventricular (LV) apical, midventricular and basal rotational curves. Significant apical LV hyporotations could be demonstrated in twins A and B. MSV, minimum systolic volume.

Ethical Statement: The authors assert that all procedures contributing to this work comply with the ethical standards of the relevant national guidelines on human experimentation and with the Helsinki Declaration of 1975, as revised in 2008, and has been approved by the institutional committee of the University of Szeged.